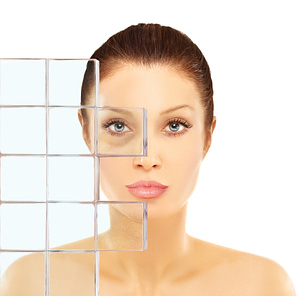 Injectables are one of the most popular and effective ways to eliminate wrinkles, but with so many injectables available, it can be hard to know which one to choose. Keep reading to learn about three popular options: Botox, Dysport, and Xeomin.

The active ingredient in all three injectables is botulinum toxin type A. This means all three can be used to weaken facial muscles and create a smooth, relaxed appearance. They relax the muscles that make wrinkles at the corners of the eyes (“crow’s feet”), the forehead, the frown lines between the eyebrows or “11 lines”, and sometimes the chin and lower face and even the neck.. Dr. Schiller has used Botox since 1990, and all three treatments have been used in Europe for many years and they are all considered safe and minimally invasive. All three injectables are administered using a similar process. A tiny needle is used to inject the medicine into the area being treated. Results from all three injectables last for 3-6 months.

Botox is the most common and most well known option. Patients usually notice results 4-14 days after the procedure. Dysport is newer and some patients notice that the effect starts much faster.

Dysport can sometimes spread out a little more than Botox, which can be an advantage depending on the area being treated. It often takes effect faster than Botox.

Xeomin has fewer adjoining proteins than Botox, so some doctors think that patients will be less likely to become resistant to Xeomin treatments. Because Xeomin has the same active ingredient as the other two injectables, it can also be used to treat wrinkles in the face and neck.

Dr. Schiller and Nicole DeVincetis PA can help you evaluate your options and choose a treatment that is best for you. If you are interested in learning more about treating wrinkles and improving your appearance, schedule an appointment with Dr. Jeffrey Schiller or Nicole DeVincentis, our exceptional PA who specializes in minimally invasive facial rejuvenation. .

How To Protect The Fragile Skin Around Your Eyes
Can A Brow Lift Give You Better Looking Eyes?